Why doesn't he just leave? 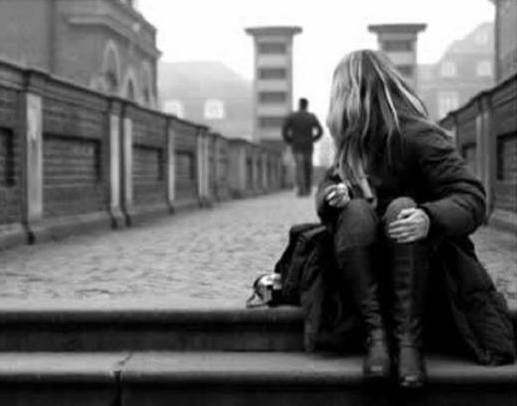 No. I haven't mistyped "she" and formed the communal rallying cry of people who have zero understanding of domestic violence and the difficulties a woman has in leaving a situation where she is abused.

I talk instead of the fact that an abuser is always "leaving". Except he never really goes.

Let me explain. Early in a relationship a practised abuser uses his physical presence to unsettle and disorientate his prey. At the start of a relationship many partners want to be with each other more and more. The delirious feelings of love are developing. (For the abused - not the abuser) There is physical intimacy which bonds a couple. A woman will find herself falling in love with the man who will go on to abuse her. He will be really good at making her believe he is in love with her too.

There may be gifts. There may be trips. There will be long nights sharing intimate secrets. These are particularly good for him because the more he learns the more he can use. Your father beat you? Logged. You were picked on at school for your weight? Logged. You have always been afraid of being left alone. Logged. You love your best friend but she sometimes makes you feel used? Logged. Every thing you say that he could hurt you with he is storing. This is a valuable time for the abuser with a longer game in mind. He can't get the joy of power at this stage but he is setting the charge for later explosions and that is quite thrilling to him. He also gets to tell you everything he wants you to believe about him. Little might be true.

If for any reason he sniffs insecurity - that is the golden gift for him. Has a man previously left you low on trust? Has a previous man left you needy? Have you been sold the idea that you must be with a man for life? The myth of "the one" bitten you hard? He's got that ready to go against you.

Weeks will pass. Perhaps months if he is very skilful and can hold his abuse back a little longer. You might feel totally secure. Even occasionally superior to him. He isn't as attractive as you. He isn't as socially adept. You know he's actually bloody lucky to have you and he may even tell you this. You may even feel that you could walk away at any point.

Then he leaves. Out of the blue a tiny argument over nothing blows up and he walks out. No warning. No discussion. He's just gone. "I've had enough of this. See ya."

You are stunned. You weren't expecting this. What did you do?

And that is your first taste of his leaving. He knows how you are feeling. He knows that you struggle with rejection. You have probably told him! You now have to tell your friends and that is embarrassing because you've been telling them how perfect he is. You are miserable. You cry. You wonder where all the beautiful future you planned has gone? Did he really feel so little for you. Down you spiral. Your friends try to convince you that he's a wrong un. You won't listen. They are your friends. They just don't know how you felt. They are bound to take your side. You have a drink with your friends and then you get on the phone. He doesn't answer. He flips it to answer phone.

You will text him expecting it is an easy misunderstanding. He will ignore you. You will panic that he is with someone else. That he is dead. You will think your phone isn't working properly. So "gone" is he that you are convinced something is really wrong. There is no answer to any of your texts. Or there is an answer which confirms it is over and lists your faults that make it impossible to continue a relationship.

Shall I tell you where he is?

The pub probably. Laughing. Having a good time. Knowing you are in pain and knowing he is coming back. Oh yes. He is coming back. That is the scariest thing. He knows he is coming back as he slams the door. He just needs to come back to a very different you. A weaker you. A you who knows her place.

So a few days later your eyes are black from crying. If you have kids they will have been rocked because you won't have been listening to them much. You will have been distracted and miserable. In real terms you haven't been living.

He's sorry. He didn't know what he was doing. Here's a gift. Here's a cuddle. Here's a sheepish him making jokes and making light of your devastation. Here's you. Fixed. The pain has gone away.

A pattern is established. With him you are happy. Without him there is pain.

You will notice he didn't leave for long but he left as though it was real. He made it convincing enough for you to really hurt.

And then he just repeats. He lets you get secure again and then he goes. Each time he comes back he cements things a little more of course. You get deeper into the relationship and more invested and he is just waiting to bring you lower and bring you more under control.

Sometimes they leave for very short periods. Mid-discussion they just grab their keys and slam the door. They come back a few hours later. The thing is ..... you don't know if it is the last time. You don't know if this is actually the real thing. You spend time in a desperate panic. You fast forward through all the difficulties this will cause. You've been there so many times before it triggers the same vertiginous panic even if it is just hours as opposed to days.

Do they have any times they won't leave like this?

Do you need to be living together?

No. He loves leaving you in the middle of the street. In restaurants or bars. At parties where your friends are. At parties where his friends are and you know no one. On holiday. He will leave you anywhere that you can't cope on your own easily. That is lots of fun for him.

They will leave just before Christmas. A woman told me she has just been left in a new home she can't afford, with 2 small children who she thought he loved too, a dog they bought together, debt she'd offered to help with. She is distraught. She didn't expect this to happen. They were getting married. He loves her. Doesn't he love her? She must have done something wrong? It must be her fault she decides. It is never her fault. He knew he would be pulling this act from the first time he saw her probably.

But she needs the quick fix. She needs it like air. He's made sure of that. I understand totally. I just wish she could change the locks, change her number and change the programme. I wish women could help her.

*This man differs from one who fears commitment. That man may eventually be ok for you. It may just take him time. This man is not that man.